With members based in Point Loma and La Mesa, electronic hip-hop duo Jumbotron features Edgar Alminar aka DJ GarGar (Irradio, the Kneehighs) with his longtime Kneehighs collaborator MC DayDay. “We came together in early 2017, when we were bored and decided to make some music,” according to Alminar.

Their album Carefree Coliseum was released in 2017, with a video shot on local beaches for the track “Big Booty Butt Cheeks.”

After winning Best New Artist at the 2018 San Diego Music Awards, Alminar expressed hope that he’d never have to take another crappy day job. “I’ve only had four but, if I had to pick one [worst], it’d be working at the front desk at Billeting at the Marine Corps Air Station at Miramar. It was a bunch of rigid people trying to pull rank on a civilian with no rank.” 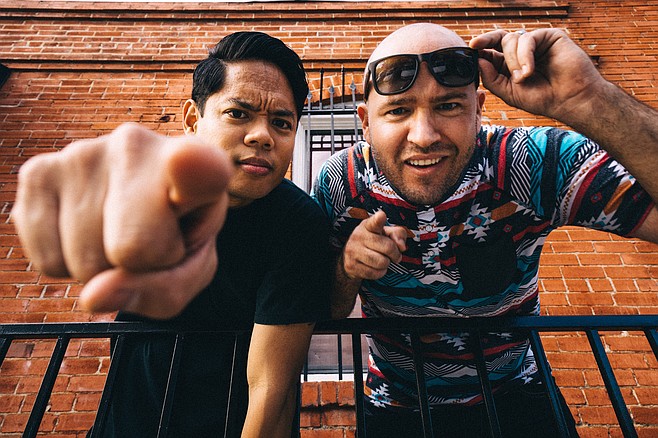